Artificial Intelligence and Robotics: Challenges, Implications, and Opportunities for Autonomous Systems in Aerospace and Defense

Artificial Intelligence and Robotics: Challenges, Implications, and Opportunities for Autonomous Systems in Aerospace and Defense 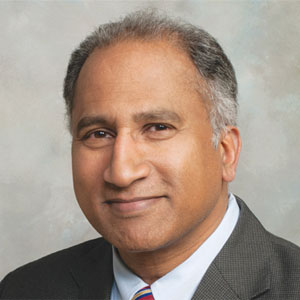 Commercial applications of artificial intelligence and robotics have been developed with decades of investment and are mature technologies either fielded or on a path to be fielded for a variety of applications that include repetitive and precise manufacturing, dull and dangerous exploration, and persistent and vigilant security. A common theme is the adoption of autonomous systems across all these applications.

Defense applications of artificial intelligence and robotics are nascent and recent Defense Science Board and Department of Defense documents speak to the challenges, gaps, and goals of incorporating autonomous systems into military operations. The key technical challenges include human-system collaboration, perception and understanding, manned and unmanned teaming, and test and evaluation.

One of the primary gaps that needs to be addressed includes the testing and life-cycle maintenance of autonomous systems that learn and adapt. Military operations are soldier-centric and the goal of autonomous systems is not to replace the soldier, but to give him another tool in his arsenal that improves his survivability and mission effectiveness. Thus, autonomous system technology developments alone will not suffice. The technologies must align with defense doctrine, organization, training, materiel, leadership, education, personnel, and facilities.

Future defense applications of autonomous systems will address specific military needs and will combine “autonomy at rest” and “autonomy in motion.” Instances of the former include intelligence operations at a command center, and the latter, reconnaissance operations on a mobile vehicle. Consider the example of a harbor operations center that includes both autonomy at rest (manned and unmanned command centers) and autonomy in motion (an unmanned vehicle). Assets in ports and harbors are potentially vulnerable to both surface and undersea attack from the likes of small boats, commercial vessels, underwater swimmers, and unmanned undersea vehicles. To effectively protect harbors, a system that provides Common Operational Picture and Command and Control (COPC2) capabilities for maritime and undersea domain awareness and prosecution is required. The goal of a COPC2 system is to increase interdiction rates by providing detailed intelligence about threat activities in areas of interest. This will include elements of autonomy at rest such as the fusion of radar, video, unattended ground sensors, tripwires, blue force transponders, and automatic identification system reports. The intelligence gained from this merged multi-source information will allow the COPC2 system to focus on assessment and response rather than on surveillance and detection. The COPC2 response will include elements of autonomy in motion, such as a team of manned and unmanned surface or underwater vehicles that are sent to inspect and if necessary, take action against suspected threats.

As the defense industry adopts AI and robotics technologies from the commercial world that collect and filter information and automate tasks, it must be careful to assess the importance of the human-system collaboration in order to successfully empower warfighters and their missions. Reducing the load placed on war fighters by automating mundane tasks and fusing big data into actionable intelligence will deliver powerful new capabilities that streamline critical human decision-making and improve the effectiveness of our fighting forces.

The Race to Digitize the Insurance Industry

FinTech Down, "But Not Out"

The Softer Side of Directing Digital Transformation

Why Digital Transformation Matters in 2023